Members of the tech community make us who we are, so we're celebrating Built In users in an article series called: #TheTechLife. Meet one incredible tech pro here. 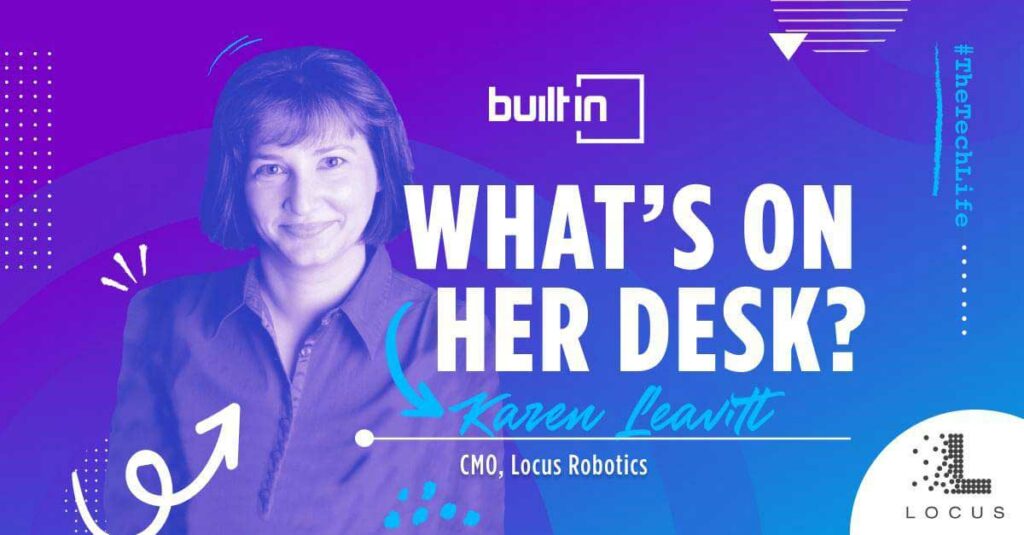 The CMO of Locus Robotics might be based in Boston, but her home office tells a different story. That’s because traveling is one of the perks of working at the global company, which sells autonomous mobile robots for optimal warehouse operations. 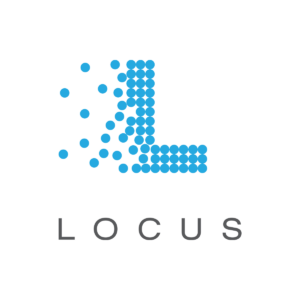 Karen Leavitt has been all over Europe and the U.S. with the company’s robots, and she has mementos and photographs on her desk to prove it. She also has a few items that commemorate irreplaceable aspects of her life, like a bag of freeze-dried liver for a furry friend and a colorful kid’s toy that represents a major companywide achievement.

Learn more about the items on Leavitt’s desk — and what they mean to her. 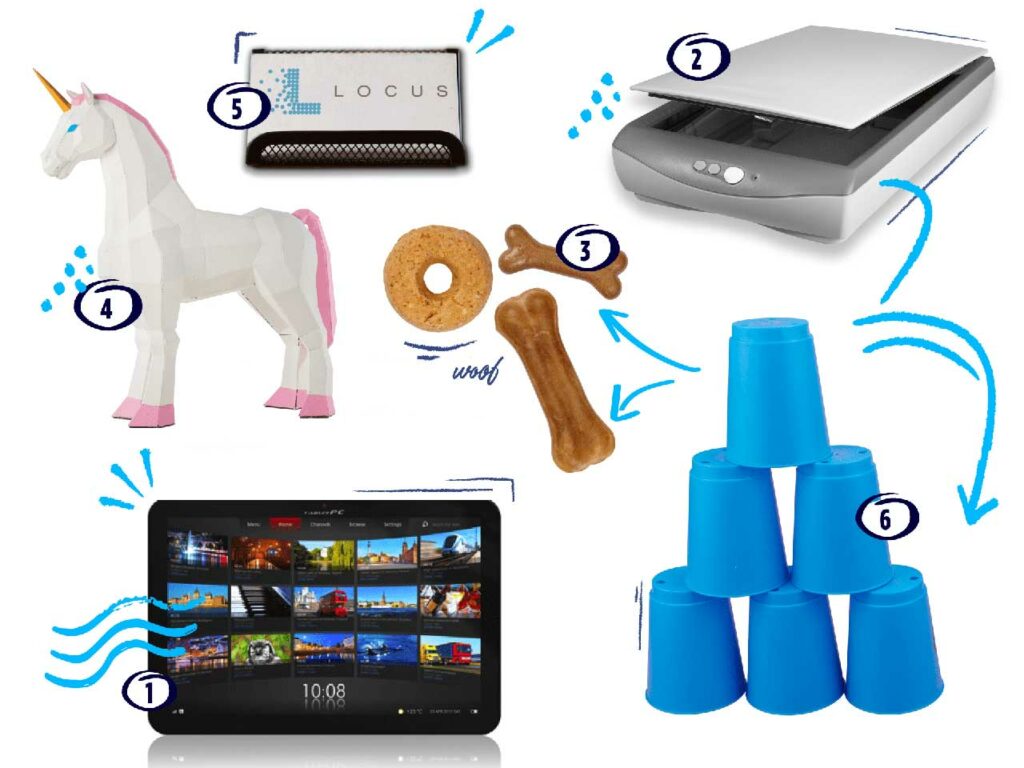 What's on her desk:

1. Digital Picture Frame: It’s not uncommon for a leopard, penguin or delicious Italian meal to pop up in Leavitt’s periphery while she’s working. That’s because her digital picture frame is always cycling through many photos that highlight moments from her personal and work travels, such as her vacation to the Galapagos Islands, or her work trip to Barcelona.

2. Scanner: One of Leavitt’s prized possessions is her Fujitsu Scansnap scanner. It’s allowed her to digitally save everything, including photos, kid’s art projects, and important documents. She even scanned and saved a note from her then 6-year-old son, who after losing a tooth and finding $10 under his pillow, wrote the tooth fairy, “I don’t need your money. I just want my tooth back.”

3. Dog Treats: Now that Leavitt is working from home, her cocker spaniel Charlie is never too far away. He makes regular company appearances via video chat, which is why Leavitt now keeps a bag of dog treats, usually Zuke’s freeze-dried liver, on her desk.

4. Unicorn: The newest addition to Leavitt’s desk is a plastic unicorn toy. Why? It’s in honor of Locus Robotics’ recent $150 million round of funding, which brought the company’s valuation to $1 billion. “We are now officially a unicorn,” she said.

5. Business Card Holder: Sure, many people have business card holders on their desk. But not like Leavitt’s. Hers is a miniature, 3D-printed version of Locus Robotics’ main robot. “Every Locus employee has one on their desk,” she said.

6. Stacking Cups: Recently, Locus implemented a new way for employees to mark small or big milestones: stacking cups. The custom-made cups have been handed out for occasions like the company’s corporate intranet launch and the celebration of a software release. “The cups can sit on people’s bookshelves, and the stack can grow and grow,” Leavitt said. “It becomes a way of saying, ‘I’ve been here since the turquoise cup.’” 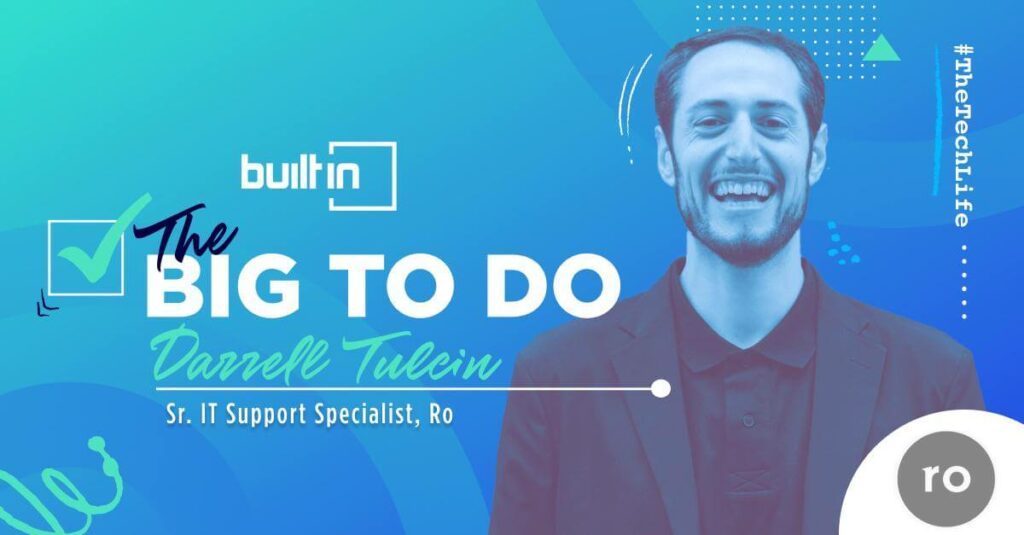 What A Senior IT Support Specialist At Ro Does All Day